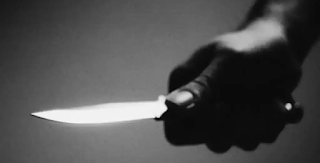 The duo had been married for 50 years.

The Sun reports that the incident occurred Monday morning.

82-year-old Okere, it was gathered, fled after stabbing his 70-year-old wife.

Beatrice was a retiree of the Imo State Polytechnic in Umuagwo.

The spokesman also revealed the next line of action.

“It is true that the former Director-General of the state-owned broadcasting corporation TC Okere allegedly stabbed the wife to death this morning and the command will soon commence an investigation into the matter”, he said.