Leader of Afenifere, the Yoruba socio-political group, Ayo Adebanjo, has said God will “deal with” President Buhari even as he kicked against plans by the Federal government to seek for the extradition of Yoruba nation agitator, Sunday Adeyemo aka Sunday Igboho.

Igboho was arrested in the Benin Republic on Monday, July 19, while attempting to fly to Germany with his wife, Ropu. He was arrested and arraigned before a Beninoiese court on Thursday for being in possession of a fake Benin passport.

The Federal government has reportedly been making moves to extradite him to Nigeria to face more charges.

Speaking on Arise TV, 93-year-old Adebanjo said Igboho is a “political prisoner”, and that the federal government has “no right” to seek his extradition.

”The-power-that-be wants to kill him because he’s leading a popular revolt. Buhari may depend on chariots and everything, but we have God. And we call on our God to deal with Buhari.

He [Igboho] is a political refugee. He didn’t commit any crime here. He didn’t waylaid or kill anybody. He didn’t run away from anybody after committing a crime. He ran for his life because the-power-that-be wants to kill him because of his agitation. Because he’s leading a popular revolt.

You’re looking for somebody’s life, and you ask him to come and surrender himself. Who will do that? He has muzzled everybody: the press can’t talk, and there is a limit to questions that broadcasters can ask now without them closing the station. Keeping everybody quiet. But I tell you, Buhari may depend on chariots and everything, but we have God. And we call on our God to deal with Buhari. Because we are helpless, and he has all the ammunition of power.” 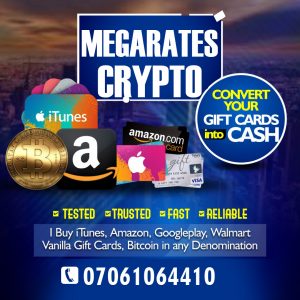